Who Is Phil Mickelson? 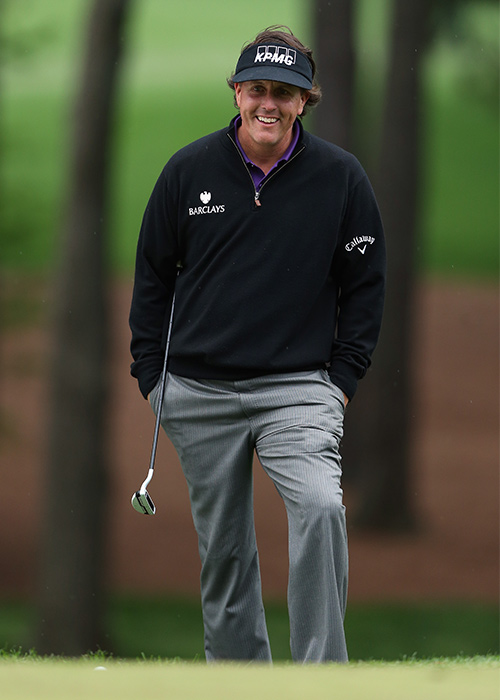 In 2004 Ford created an advertising campaign around the tagline, “What will Phil do next?”. It got a lot of play in the media and eventually throughout the golf world when Phil Mickelson would hit a shot only he could see, make a decision bystanders couldn’t comprehend, or show up at Augusta using two drivers to win the Masters.

His parents, Phil and Mary, have been asking the same question for more than 30 years. Golf fans started asking it nearly 15 years earlier, when he won a PGA Tour event as a college junior. In 1999 people wondered why he’d allow himself to be “distracted” by a beeper he carried through a U.S. Open. He was counting championship strokes, as well as the minutes until his first child was born.

Phil continues to be a star in the golf world, with his trademark left-handed golf shot and enigmatic smile. Mickelson National Golf Club is proud to be the first Canadian course to carry his name and legend forward.

The Makings of a Champion

Phil earned his psychology degree at Arizona State University after his 1991 win in Tucson and turned professional on the eve of the 1992 U.S. Open at Pebble Beach, days after his 22nd birthday. He had won the U.S. Amateur in Cherry Hills in 1990, and like Arnold Palmer in U.S. Open there 30 years before, he started his final charge with a bold drive off the first tee to the well-guarded first hole. He had gone 3-0-1 in his second Walker Cup appearance. He had won the Western Amateur and the Porter Cup. He had signed his first endorsement contract, with Rolex. His was the most anticipated pro debut in a very long time.

That Thursday at Pebble he shot 68 and was tied for third place. The next day he shot 81 and was on his way home. The wild, what-will-Phil-do-next ride was officially underway. And along the way he would win three AT&T Pebble Beach National Pro-Am titles at Pebble Beach, in 2007 with the record-tying score of 268.

Early in 1993 Phil won his first title as a pro at Torrey Pines, where he also played his high school golf matches, and another pattern was set. His first two and six of his first seven Tour wins came on the West Coast. By 2008, 16 of his 34 had come during the season-opening West Coast swing. In claiming the 2008 Northern Trust Open title at Riviera he joined Johnny Miller and Billy Casper as the only other winner of the West Coast Slam: Tucson, Phoenix, San Diego, the Mercedes, the Hope, Pebble Beach and Los Angeles. The next year he won again in Los Angeles, making it 17 of 35 career wins on the Left Coast.

In 1994 Phil watched 64-year-old Arnold Palmer trudge through searing heat and wilting humidity in the U.S. Open in Oakmont. It was Arnold’s last stand in the national championship and by day’s end he was stooped. Still, he spent more than an hour with the media and the volunteers, and Phil saw the enormous effect it had on those people. It was then and there that he decided to emulate Palmer, all these years later whether he shoots 64 or 74, he meets daily with the media and signs autographs for fans.
Other patterns emerged early, too. After skipping the GTE Byron Nelson Championship for two years Phil received a personal invitation from Lord Byron in 1996 and returned to win at TPC Las Colinas. That began a long and close relationship between the two men – Phil didn’t miss another appearance as long as Nelson was alive – and it was his third of 10 wins through 2008 on TPC courses. One of those, the 2006 BellSouth Classic, came at 28 under par, a personal best and third-best all-time on a par-72 course.
The spring of ’96 also marked Phil’s best finish in the Masters, a solo third, which he would repeat three more times. It was his fourth placement of joint seventh or better in his 11 major appearances as a pro and it confirmed his boyhood belief that he’d join Ballesteros in the Champions Locker Room at Augusta one day. 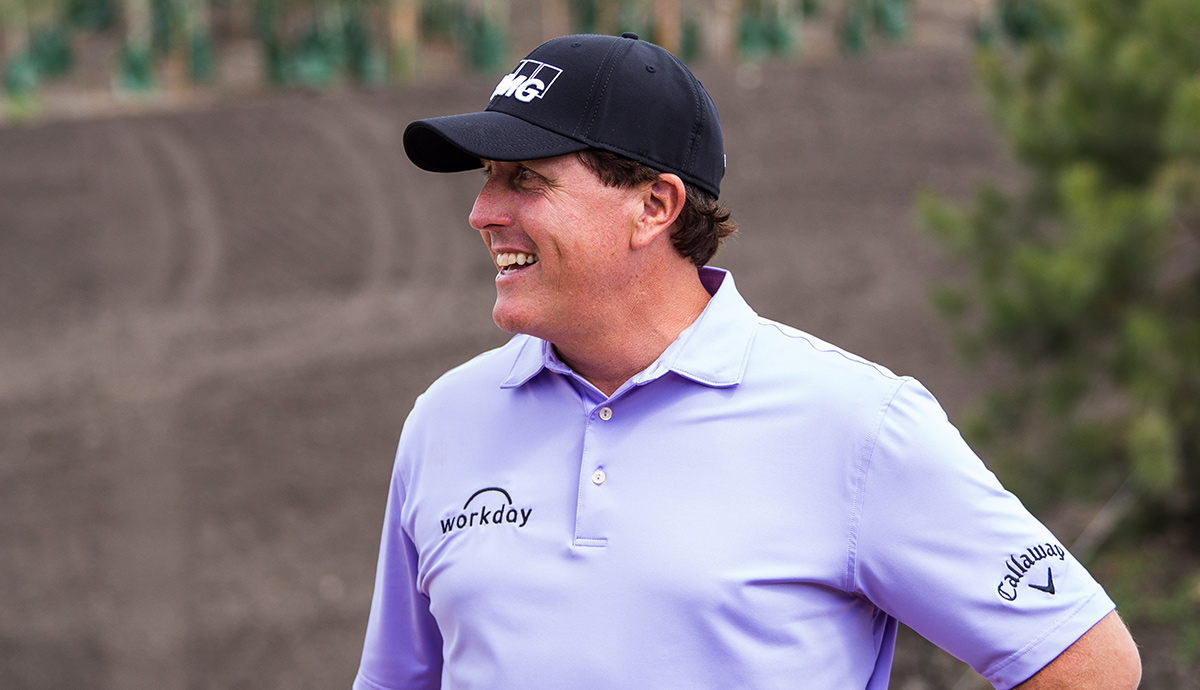 Phil started sketching holes on notepads when he was 13 years old. About fifteen years later he had his first chance to draw them in the dirt and the result was Whisper Rock Golf Club, a widely acclaimed golfer’s club in Scottsdale, Ariz.

Phil’s desire is to create outstanding golf experiences for players of all abilities. As one of the great players of all time, he had the opportunity to play many of the nation’s finest golf courses. A product of public golf as a junior, he’s keenly aware of what works for the average player as well as professional champions. As a creative shot-maker, he has an eye for as many options as possible from the tee through the green.

Phil’s creative versatility isn’t limited to playing “inside the ropes” and his design ideas aren’t bound in design tradition, new or old. His basic concept is simple: to leave a lasting legacy that is “challenging fun.”

Come For A Tour Today!

You’ll be proud to call Mickelson National your home club

To learn more about our various membership options and to tour the facilities, please contact our Membership Director Jag Dhaliwal Sahota at memberships@mickelsonnational.com.